^ The process medium through the valve continuously at the desired rate 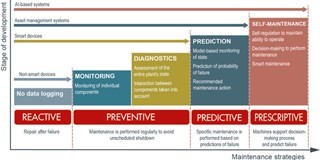 Positioners are increasingly used for on/off service
as well thanks to their controlled pneumatics and
smart test functions including special
analytical algorithms.
Positioners link the process control system with the control valve and ensure that the control valve moves to the required position at all times.
Positioners also control the flow of the process medium through the valve continuously at the desired rate.
As interfaces, they also enable operators to configure the control valve. For example, they allow valve properties to be configured, such as the direction of action, travel characteristic and travel range, to adapt the control performance to individual requirements. Positioners are increasingly used for on/off service as well thanks to their controlled pneumatics and smart test functions including special analytical algorithms.
In addition, heterogeneous demands are placed on positioners: as usual in process industry applications, positioners are expected to be explosion-protected, rugged and durable.
At the same time, they must comply with the latest technical standards, be easy-to-operate and suitable for use in a wide variety of applications. As a result, modern positioners must be extremely versatile. They must offer an excellent control behavior for both small-sized valves and large customized valves. Operators also expect positioners to have a low air consumption since the treatment of compressed air is expensive and complex.
The evolution of positioners
Over the years, positioners have undergone various evolutionary stages as industrial technology has progressed. Initially, positioners were purely pneumatic/mechanical devices.
In the mid-1970s, electronic components were added to the positioners. This paved the way for electropneumatic devices. The next major milestone was the introduction of digital communication in the 1990s. With a data transfer rate of 1.2 kbit/s (HART®) and 31.25 kbit/s (FOUNDATION™ fieldbus and PROFIBUS®), these communication protocols are still standard in the process industry.
Data transmission will be raised to the next level thanks to the imminent introduction of Ethernet-APL. Various key players in the process industry made consistent efforts over the past few years to pave the way for this new technology. With a data transfer rate of 10 Mbit/s, Ethernet technology, which is well established in commercial environments and factory automation, has been adapted to the special requirements of the process industry to enable the continued use of conventional two-wire technology and the possible use in hazardous areas.
Key to digitalization
But why do positioners and other field devices need such communication capabilities when their operation is optimized for use in energy-limited zones?
Well, positioners are no longer simple control devices that only rely on the set point, valve position and set point deviation to function.
Positioners can also continuously monitor and record raw valve data thanks to the microprocessor, which is a standard feature in positioners these days.
As a result, positioners can condense such data and generate concise, meaningful diagnostic parameters already at the field level. This makes them true data collectors for the entire valve assembly during its life cycle. Such data can be used as the basis for numerous diagnostic