The European chemical sector has a big imprint - as a supplier – on the CO2-footprint of the manufacturing industry. Apart from enabling other sectors to become more sustainable, the sector itself has ambitions to reduce its own CO2-footprint, both in terms of products and processing. In this article, the focus lies on the latter part.

The driver for the industry sector, including the chemical industry, to slash CO2-emissions is mainly a political one. In 2011, the European Commission published its energy strategy for 2050 with a roadmap for the next 40 years. The goal? To reduce greenhouse gas (GHG) emissions in Europe by 80 to 95 per cent below the 1990 level. Ultimately, the European economy should be a low-carbon and environmental- friendly one and not a fossil fuel guzzling and CO2 spewing ‘monster’.
The role of the chemical industry in the aforementioned goals shouldn’t be underestimated. As a key supplier to many sectors – plastics, automotive, electronics, construction etc. – chemical companies are able to lower significantly the CO2-footprint of intermediates and ultimately end products. For example, the development of materials which enable car manufacturers to lighten their vehicles, thereby lowering fuel consumption. Another example is better insulation materials for construction.
As for the chemical industry, the impact on the CO2 footprint of the European industry is huge. In terms of energy consumption, the chemical sector uses 19 per cent of the total industry consumption (source: Cefic) The good news is that the sector has managed in the last 25 odd years to decouple its energy consumption from its production, reducing in a reduction of energy use (-22 per cent) and its GHG emissions (-59 per cent) while increasing its production (+ 78 per cent). 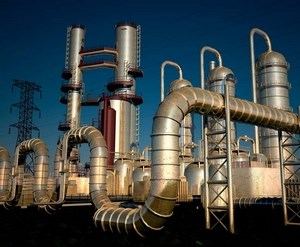 The signatories aim to reuse at least eight million tonnes of CO2 on an annual basis within a fifteenyear time span. This amounts to approximately five per cent of total greenhouse gas emissions. Apart from this initiative, the combined effort to reduce CO2 emissions at the factory gate remains crucial in achieving the Netherlands’ targets for CO2 reduction in the near future.