In the past 20 or 30 years, the world is changing rapidly. A lot of new technologies have changed our lives. To illustrate how fast those changes happened, I would like to take two samples from China as my country has developed at a rapid pace in the new millennium.

First, let’s take a look at the Chinese mobile phone market (see table). In the year 2011 and before, Nokia has always topped the Chinese mobile phone market. Unfortunately, only two years ago, Nokia and BlackBerry disappeared from the Chinese market, which has completely changed in a relatively short period of time.
During the press conference, announcing the acquisition of Nokia’s smartphone division by Microsoft, the Nokia CEO ended his speech saying: ‘we didn’t do anything wrong, but somehow, we lost.’
Another example is from the mobile communication market. In the year 2016, the internetservices company Tencent reached a milestone of 889 million active users. Meantime, China Mobile, which has the most active users from all mobile operators, counted 849 million active users which is less than Tencent. Now the younger generation is hardly sending SMS or even making phone calls but prefer to text or chat thru Wethat. Now the main competitor of China Mobile has become an IT company instead of other mobile operators even though they are not even in the same industry!
This story tells us our competitor may come from completely different industry in the future, just like light bulbs replaced candles, cars replaced horse and carriage and smartphones replaced most of the digital cameras. The worse thing is, when we realize our industry is impacted, it is always already too late to take any action.
Certainly, these stories more frequently happen in industries that are more prone to disruption such as IT or mobility. However, in heavy industries like the valve business, there are areas that could be fair game for non-traditional players. For example, currently, almost all purchasers will assign TPI to manufacturers to carry out inspections. However, most of the inspections and tests can be monitored online via a camera. If this on-line inspection method is widely accepted by purchasers, third-party inspectors may be impacted. Also, valve manufacturers can save on costs for TPI with this on-line monitor system, offer better delivery times and cost because of less on-site inspection. These benefits will lead to a better market position.
Traceability will be another area prone to disruption by digital technology. Currently, normally we use serial numbers, product ID’s and heat numbers to keep track of our products and individual components. I am not saying this modus operandi is not the proper way, but it can be improved. Traditional traceability systems always rely on operators and always leads to a lot of paperwork. If we can fix a small chip on the valve nameplate containing all these data, this information can be simply ‘read’ by a smartphone. People on site would be able to access and change information of each valve without having to look for any documentation. 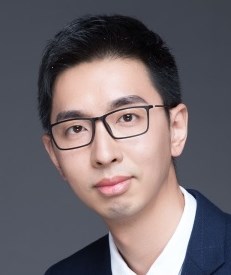 About the author
Owen Gu, Sales Engineer of Neway Valve (Suzhou) Co., Ltd., graduated as a Mechanical Engineer involved in mechanical design, procurement, and warehouse management. He is currently a Senior Accountant Engineer and is in charge of dealing with both technical and commercial affairs of major end users. He is also involved in developing new business models.
Artificial intelligence (AI) technology is shocking the world. As for the valve industry, it is easy to understand that many commercial and engineering tasks can be perfectly performed by AI. Some less complex tasks can even be completed only by AI itself. Furthermore, maybe PO and specification reviews can also carried out only by AI instead of engineers. The benefit of AI is obvious as the manpower used on proceeding tasks will be greatly reduced. Technical and commercial engineers can focus on creative, value-added activities.
Besides the new technologies mentioned before, there will be other technologies on the horizon that have the potential to change our world and our industries. Given the impact technology has had and will have, it would be advisory for everyone in this industry to study these technologies and – where possible – adapt. If not, Nokia hasn’t been the first and won’t be the last example of not doing anything wrong.