In a symbolic move, US energy company NextEra closed its last coal-fired plant to invest in a green hydrogen facility. Pending approval from state regulators, the facility will be located in Florida and will produce 100% green hydrogen via electrolyzation. 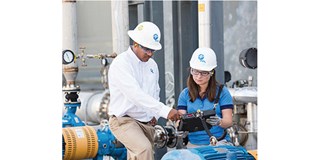 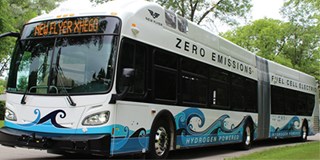 Hydrogen can be used to power municipal transportation
methods like city buses.

By closing its last coal-fired power unit and investing in a green hydrogen facility, NextEra Energy joins a growing number of companies and governments in a global shift toward alternative energy sources.
A NextEra press release notes that the proposed site—a USD 65 million pilot plant in Florida—will use a 20-megawatt electrolyzer to produce 100 percent green hydrogen from solar power.
“The project, which could be online by 2023 if it receives approval from state regulators,” the press release states, and “would represent the first step into green hydrogen for NextEra Energy, by far the largest developer and operator of wind, solar and battery plants in North America.”
“We’re really excited about hydrogen, in particular when we think about getting not to a net-zero emissions profile but actually to a zero-emissions carbon profile,” NextEra Energy CFO Rebecca Kujawa said. “When we looked at this five or 10 years ago and thought about what it would take to get to true zero emissions, we were worried it was extraordinarily expensive for customers,” Kujawa said.
“What makes us really excited about hydrogen — particularly in the 2030 and beyond timeframe — is the potential to supplement a significant deployment of renewables [and energy storage]. That last amount of emissions you’d take out of the system to get down to zero could be most economically served by hydrogen.”
The impact of the crisis on global supply chains will likely have the greatest effect on hydrogen technologies, for which a well coordinated supply chain and significant capital are required for demonstration.
Practically all current hydrogen demand is in oil refining, the chemical sector and steel manufacturing, all of which have been highly impacted by the Covid-19 outbreak. The IEA forecasts lower gasoline (-9%), diesel (-6%) and jet fuel (-26%) consumption in 2020, while demand for key chemicals produced using hydrogen (e.g. methanol) has dropped 7%.
The production and use of lowcarbon forms of hydrogen had gained unprecedented momentum before the Covid-19 crisis. Hydrogen fuel-cell vehicle sales accelerated impressively in 2019, and the early 2020s were expected to be record years for the deployment of electrolyser capacity. These trends may now be at risk due to slackening demonstration of key end-use technologies and delayed (or even cancelled) low-carbon production projects.
It is essential to ensure that hydrogen technology momentum is not lost during the Covid-19 crisis, and stimulus packages could help secure this objective. Supporting the deployment of CCUS infrastructure and electrolysis manufacturing would not only help maintain momentum, but would accelerate the uptake of hydrogen for sector integration while creating the employment necessary for economic recovery.
Source: International Energy Agency

According to the press release, the green hydrogen produced by Florida Power & Light’s electrolyzers would be used to replace a portion of the natural gas that’s consumed by the turbines at FPL’s existing 1.75-gigawatt Okeechobee gas-fired plant. The electricity will come from solar power that would otherwise have been “clipped,” or gone unused. If the hydrogen economy scales up and green hydrogen becomes economic, Florida Power & Light would likely retrofit some of its gas facilities to run wholly or partially on hydrogen, Kujawa said.

Hydrogen on the rise
In the global domain, the use of hydrogen as an alternative, green energy source is gaining momentum.

According to an analysis by Wood Mackenzie, “From 2000 to the end of 2019, a total of 252 megawatts (MW) of green hydrogen projects will have been deployed. By 2025, an additional 3,205 MW of electrolysers dedicated to green hydrogen production will be deployed globally – a 1,272% increase.”

“Until the past few years, the green hydrogen market was diminutive. As such, the large increase in the 2019-2025 period is partially due to the nascency of the market. But aggressive targets in East Asia and increased interest from major international stakeholders will drive deployment over the next few years.”
The US is contributing its share to this increase with projects like NextEra’s Florida plant. Other plants include a site in California which was proposed in April—when complete, it will be the largest green hydrogen facility in the world.
Lancaster hydrogen
Located north of Los Angeles, Lancaster, California is the site of a proposed hydrogen plant. According to a press release from site operator SGH2 Energy Global, “The plant will feature SGH2’s pioneering technology, which uses recycled mixed paper waste to produce “greener than green” hydrogen that reduces carbon emissions by two to three times more than green hydrogen produced using electrolysis and renewable energy, and is five to seven times cheaper. SGH2 green hydrogen is cost competitive with ‘gray’ hydrogen produced from fossil fuels like natural gas, which comprises the majority of hydrogen used in the United States.” 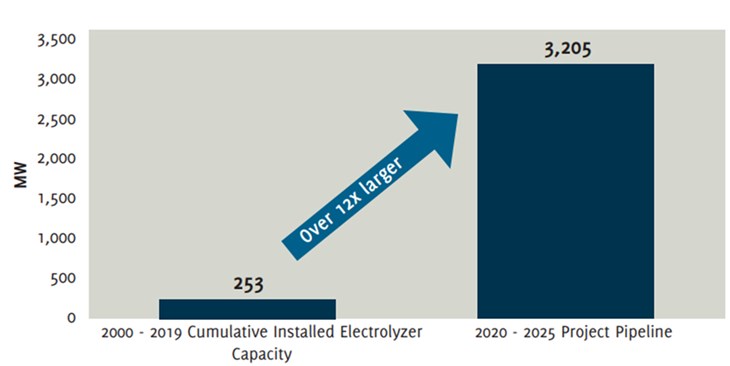 “The beauty here, is that Lancaster will be using this for transportation but it could also be used to generate electricity,” said Robert Do, chief executive of SGH2, in a report by Forbes. “It can be stored and then used for multiple purposes. This will be the first large-scale green hydrogen plant in the world.”

“The plantwill produce as much as 11,000 kilograms of green hydrogen per day, and 3.8 million kilograms per year,” Forbes reported. “That is nearly three times more than any existing or planned green hydrogen facility. The complex will process 40,000 tons of waste annually, mostly supplied by the city of Lancaster, which will save it $50-$75 per ton in landfill-related costs.”
Valve World Newsletter