The International Marine Organization’s ruling that the maritime sector will have to reduce sulphur emissions by over 80% is helping to position LNG as the frontrunner in the search for a low sulphur marine fuel alternative. But while the promoters of LNG are presenting it as an environmentally friendly fuel, it is not, and never will be.

^ Energy-use projections by the shipping industry up to 2050.

Looking at the graph reproduced here, we can see the enormous fall of HSFO after IMO 2020, a corresponding rise of the new VLSFO, the continued and gradual increase of LNG (overpassing oil in less than twenty years), and the difficulties of non-carbon fuels to gain market share. IMO 2020 will then start with only fossil fuels as real alternatives, which means that LNG will grow at the expense of oil-derived fuels and, in principle, can gain market share every year from 2020 up to 2050, becoming even before 2040 the top marine fuel in the world. Of course one should not be tempted to forget that, in the end, LNG is still a fossil fuel and, as a fossil fuel, will never be carbon-neutral. Thus, I welcome the use of LNG as a transitional maritime fuel, but, of course, I am against its long-term use.

I am well aware that despite the first LNGpowered vessel being built twenty years ago (a Norwegian ferry), the infrastructure of LNG still needs to be developed further across the globe in the coming years. Asia, for instance, remains significantly behind Europe, not to mention Latin American and the Caribbean or Africa. And even if the infrastructure develops, bulk tramping, with its unexpected itineraries, may find that LNG is not a suitable alternative even in the medium term. I am also well aware that the current number of LNG-powered ships globally amounts to less than 200 (with more than 100 that are LNG ready) and that there will still be only about 400-600 by the end of 2020, barely scratching 1% of the 60,000 existing commercial vessels. Of course, since most LNG-powered ships are large, the share is more significant concerning deadweight tonnage (DWT), but still, it remains only a small percentage of the world’s commercial fleet. But my point is that LNG is gaining momentum, and IMO 2020 is helping much with that momentum.

According to SEA/LNG (multi-sector industry coalition, created to accelerate the widespread adoption of LNG as a marine fuel), 24 out of the top 25 ports in the world already have all the facilities for bunkering LNG. And some smaller facilities are available; in the North Sea and Baltic Sea, for instance, the expansion of LNG terminals and bunkering stations dates back about twenty years. The shipping media has also been sharing relevant information in the past few months. CMA CMG (French container transportation and shipping company), for instance, expects to have twenty LNG-powered containerships by 2022, one of them the world’s largest (23,000 TEU).
BHP is ordering LNG-fueled transportation for up to 27 million tons of iron ore. MSC Cruises has ordered five LNG-fueled cruise ships (the same pattern is taking place with other cruise companies because at the end of 2017, one-quarter of all cruise ships on order by tonnage were LNG-powered already). NYK has ordered the world’s largest pure car and truck carrier (PCTC) fueled by LNG. Behind these figures, there is a pattern; due to the current development of LNG infrastructure, the orderbook will increase mainly for vessels with regular routes, mostly cruises, ferries, and container ships.
Australia rising
In the discussion about the use of LNG as a maritime fuel, one must not forget the broader picture of the world fuel supply. Currently, the two major suppliers are Qatar and Australia. The former has stable production while Australia’s output has been rising since 2014 and is expected to overpass Qatar around 2021, then more or less flattening. The last premise is not certain, of course. But beyond Australia, the new giant is the US, thanks to its enormous reserves of shale gas. Its increase in production was notable in 2017 (the first year it became a net exporter) and since then, the growth has been staggering. All estimates indicate that the US will become the world leader around 2023 with no flattening after that. New reserves have been discovered in other countries as well. In Africa, for instance, besides vast reserves of natural gas in Nigeria, Algeria, Egypt, and Libya, new massive reserves have been discovered in Mozambique, Tanzania, Angola, and Equatorial Guinea, among other countries. Even in the Mediterranean Sea, it has been surprising to find that besides the territorial waters of Egypt, there are significant reserves in the territorial waters of Israel, Cyprus, and Greece. And many more reserves are being discovered in other parts of the world.
Regional & global markets
Since I have also talked about the global production of the natural gas market, I must note a peculiar factor of the LNG international market: its international behavior could be quite different from that of oil. Oil has a global market, but in the case of LNG there are several regional markets, and prices can differ significantly among them. For instance, the lowest prices are those of the US for obvious reasons while the highest are in the Far East due to lack of pipeline gas and faraway distances from LNG suppliers. The expensive cost to transport LNG at a temperature of –163°C explains why, despite an active international trade in LNG, there remains a considerable cost spread among regions.

The usual reference heard nowadays is that LNG is only a transitional fuel towards full decarbonization. I find the word transitional quite elastic. For me, it is not a transition limited to ten years or so but a process that could become considerably longer, as I have discussed. If newbuilds are entering now or have just been ordered, we are talking at least 25 or so years of increasing demand for LNG, so we will already be in the year 2045. That is why I refer to a fifth column: the process becomes a vicious circle, in which the provision of a cheap fuel will keep increasing the orderbook of LNGpowered ships; that, at the same time, will go hand-in-hand with the world’s expansion of LNG infrastructure in ports, making it only more difficult to decarbonize the industry. I find naive the scenario under which the new carbon-neutral fuels will be increasingly produced, each year taking a more significant market share, and in a few decades completely replacing fossil fuels. The oil and the LNG industry will not concede their market shares readily. Left to the market forces—zero government intervention— the battle could last decades, and instead of resembling the replacement of coal by oil in the 20th century, which was relatively fast, it could become more like the battle between sails and steamers, which lasted almost a century, and, in this case, under the terrific threat of global warming, the world does not have those onehundred years or even sixty. The fossil-fuels industry has been highly criticized but, despite that, somehow, the LNG sector has been able to present itself almost as clean green fuel.

IMO 2020: key facts
Crude oil, widely used in the shipping industry, contains sulphur which, following combustion in the engine, ends up in ship emissions. Sulphur oxides (SOx) are known to be harmful to human health and the environment. From 1 January 2020, the limit for sulphur in fuel oil used on board ships operating outside designated emission control areas is reduced to 0.50% m/m (mass by mass). Source: IMO.org
LNG, in other words, is becoming the fifth column, trying to mingle with the group of carbon-neutral fuels to which it does not belong. The promoters of LNG are presenting it as an environmentally friendly fuel when it is not, and never will be; LNG is better than HSFO only in relative terms, as oil was better than coal in the early 20th century.
This article is adapted from Chapter 6 of “IMO 2020: A Regulatory Tsunami.”

Pablo Rodas-Martini is Senior Associate of SQ Consult, a Dutch company specializing in carbon markets and climate change. He is the expert in charge of shipping emissions, shipping decarbonization, and, in general, environmental issues for the maritime industry. He has a Ph.D. and MSc from Queen Mary and Westfield College, University of London. 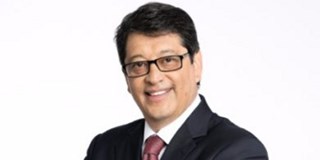