Power generation is a major market for valves, accounting for 13% of global industrial valve sales. As the world continues to build electric generating capacity, it is also accelerating toward a lower-carbon economy. This article reviews the trends in the global power market and considers their impact on future valve sales.

The global power market is in a state of flux, undergoing a significant restructuring, while at the same time experiencing sustained growth. The ongoing transition toward renewable energy is in full swing, slowly but steadily increasing its share in total power generation, while still leaving room for conventional power generation to do the heavy lifting for a significant percentage of base-load requirements, albeit at a slower rate of growth than renewable energy.
A look at the latest power industry statistics reveals that China (25.4%), the United States (16.8%), the European Union (12.7%) and India (5.9%) accounted for approximately 60.8% of global electricity generation in 2017. Given their collective share of global electricity output and distinct patterns of economic, industrial and demographic development, this group of countries represents the full spectrum of trends witnessed by the global power generation sector and will therefore serve as the geographic focus of this article.

Broadly speaking, the U.S. and EU can be seen as reflective of the changing power landscape in the developed, OECD economies, and China and India as mirroring the trends in the developing, non-OECD nations. The power generation mix can vary enormously from country to country, for numerous reasons. What truly matters for valve manufacturers, however, is the big picture with regard to future power installations and installed capacity, and as we will see, this picture is overwhelmingly bright.

Trends and trend drivers
In 2017, global electricity output increased by 2.8%, which is higher than the average annual growth rate of 2.7% between 2006 and 2016. The bulk (94%) of additional electricity was generated in the non-OECD countries, with China and India accounting for 58.2% and 12.2% of total growth, respectively.
The thirst for power in China and India is driven by rapid economic and population growth, industrialization, accelerating urbanization, increasing prosperity and improving living standards. Most of these trends can already be observed in or are forecast to expand to other emerging Asian economies, making non-OECD Asia the largest contributor to future growth in electricity demand, despite the expected slowdown in China’s growth in the long term.
By contrast, electricity production in developed economies is relatively stable. Increases in energy efficiency, facilitated by new technologies, are weakening the traditional relationship between economic growth and electricity consumption. While this might suggest a state of stasis, the power sector in the OECD countries is in fact more vibrant and dynamic than ever. The shift to a lower-carbon economy drives both investment in renewable energy sources, as well as the replacement of coal-fired capacity with more efficient and environment-friendly gas-fired plants.
Crucially for valve sales, installed thermal power capacity is stable, undergoing restructuring, upgrading or new construction to replace decommissioned plants. In other words, growth in electricity production is not the only indicator of future opportunities for valve sales. Substantial opportunities for valve sales to fossil-fuel and nuclear power plants are found in aftermarket sales, power plant conversions and upgrades, along with new-plant construction, especially combined cycle gas turbine (CCGT) plants.

Energy mix considerations
Since electricity cannot be conveniently or economically stored on a large scale and is costly to export over long distances, power generation is primarily a local business. As a result, there are a myriad of factors that play a role in determining the structure of a given country’s power generation mix, including security of supply, capital expenses and long-term cost of supply, environmental impacts, water supply, availability of indigenous fuel resources (coal, natural gas), climate (sun and wind hours) and existing infrastructure (plants, grid, pipelines, roads, etc.), to name just a few.
Adequately addressing all these issues is difficult, presenting policy makers with significant challenges and often irreconcilable conflicts of interest. Fortunately, the range of available fuel types and technology supporting them is wider than ever, leading to the diversification of the global power generation mix, with renewables contributing to its decarbonization, while conventional thermal power continues to provide secure base-load electricity supply.
The exact structure of future global power generation is uncertain and depends on numerous factors, including the development of energy-storage technology and environmental policy measures promoting a shift to a lower-carbon fuel mix. However, in its “Evolving Transition” scenario which is based on the assumption that the recent progress and momentum in policies and technologies will continue, the 2018 edition of the BP Energy Outlook projects that all major sources of power generation will grow through 2040, except oil (see Table 1).
If these projections materialize, the global power generation mix in 2040 will be significantly different and much more balanced than the current one, with nonfossil fuels (renewables, hydro, nuclear) accounting for nearly half of global electricity production (see Figure 1).

EU continues to decarbonize
The EU’s power sector continues to move away from oil, coal and nuclear, while increasing its total installed generation capacity with renewables, which now account for a remarkable 45.7% of installed capacity, making the block of 28 countries the least carbon-intensive of all major electricity markets.
In 2017, wind power accounted for 55.2% of all new installations, followed by solar PV (21.5%) and gas (9.2%). Gas remains the technology with the largest installed capacity in the EU (20.1%), closely followed by wind (18%) which overtook coal in 2016 as the second largest type of power generation capacity.
Major transformation in the U.S.
Although still heavily reliant on fossil fuels which last year accounted for 62.7% of its total electricity generation, the U.S. power sector is undergoing a major transformation. The abundance of indigenous, low-cost natural gas, coupled with its environmental credentials compared to coal and much higher efficiency of CCGT technology, is driving the construction of new gas-fired capacity, which is paralleled with the growth of renewable capacity.

By 2020, both CCGT plants and renewable installations are expected to overtake coal in terms of generating capacity and are forecast to continue increasing their share in the U.S. power generation mix as old coal-fired and nuclear plants are decommissioned.

China’s investment in renewables
As the powerhouse of the global economy, China is the largest growth market for power generation and is expected to remain so in the near future. Its installed power capacity represents more than a quarter of the world total and continues to increase across all major power sources.
In 2017, thermal power (including nuclear energy) accounted for 64% of China’s total installed capacity, 86% of which was coal-fired. Around 53% of all coal-fired and 26% of all nuclear capacity currently under construction in the world is in China. Simultaneously, however, China is heavily investing in renewable energy.
In 2017, the country installed 53 GW of new solar PV capacity, accounting for 42% of its total capacity additions and more than half of growth in global solar PV capacity. This trend is forecast to continue, with China’s coal intensity declining in the long term as the share of renewables in its power generation mix rises sharply.
India’s ‘thirst for power’
In the past decade, India nearly doubled its electricity output, attesting to the country’s rapid economic growth which is projected to continue in the foreseeable future. To support its industrial and demographic expansion, India will need significant additions to its installed power generation capacity, so much so that it is expected to become the world’s largest growth market for energy by 2030, overcoming China. Currently, fossil fuels account for about 64% of India’s total installed generation capacity, 90% of which is coal-fired.

While coal-fired capacity will continue to increase in the mid-term, the growth of renewables has already started to outpace it. In 2017, India doubled its installed solar PV generation capacity to 19 GW and is now on track to achieve the target of 100 GW by 2022. India’s power generation mix is thus on a similar path as that of China, even if the transition may be somewhat slower.

Valve opportunities
Resolute Research estimates that 2018 global valve sales to the power generation industry will be about USD 7.3 billion, and projects that this figure will increase by almost 2 USD billion by 2022. Major drivers of this growth can be summarized as follows:
Therefore, although the power market is in a state of flux, valve sales can be optimized for manufacturers taking the time to conduct a detailed analysis reflecting region, power type and greenfield vs. aftermarket opportunities.
Such an analysis is possible with the Resolute Research Valve Product Database which segments the total industrial valve market by valve type (8 major types), industry (15 industries) and geographically (63 countries representing 96% of world GDP), plus a five year outlook to 2022 reflecting the same segmentations. 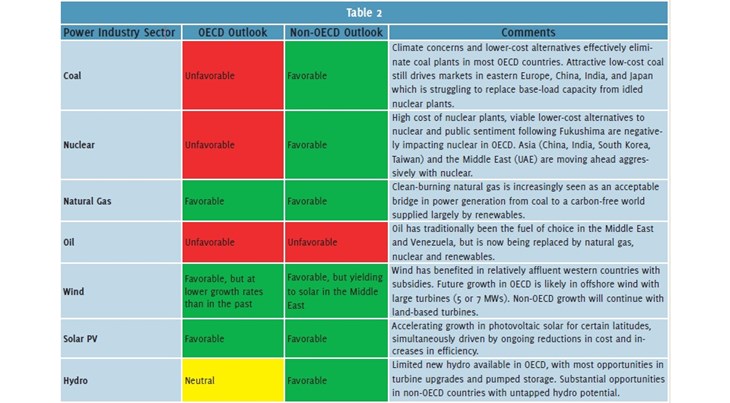 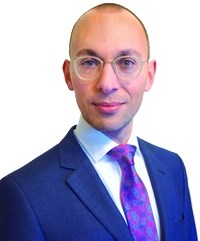 About the Author
Matjaž Matošec is Research Manager at Resolute Research where he leads a dynamic team of market analysts. Resolute Research is a market research and consultancy firm providing global clients with world-class market intelligence on industrial valves, pumps and flowmeters, in the form of market reports, databases and custom research. Collectively, Resolute Research possesses decades of experience in providing consulting services to professionals working in the industrial process industries. For more information, you can contact Matjaž at m.matosec@resoluteresearch.com or visit www.resoluteresearch.com.
Valve World Newsletter